The Special features of

The term that goes for marriage in Tamil is Thirumanam which itself is enigmatic carrying in-depth meaning as against the Sanskrit equivalent viz. vivaha. Just as fragrance of a flower is ingrained constituently, not-known in its stage of bud, but becomes known while blossoming, so the link between the bride and the groom determined by the destiny not known until they are bespoken for marriage, becomes known while marriage and hence the term ‘Thirumanam” i.e. fragrance of the divine connection. ‘Thiru’ in Tamil means divinity and ‘Manam’ the fragrance of flower.

Whereas the Sanskrit word ‘vivaha’ means to abduct, i.e. abducting a girl for purpose of marriage, which act, needless to say, is barbarian.

In Thirumurai Thirumanam, the rituals are conducted invoking the presence of the Almighty (Ammai-Appar) and under His blessings through Velvi, the sacrifice and Kalasams whereas in case of Sanskrit-marriage there is no place for Lord at all but for Devas instead. Hence Tamil marriage is rather holier and theistic than Sanskrit-marriage which is totally atheistic.

>More over in Sanskrit-marriage, the mantrams chanted are neither understandable to us nor to those chanting them, for Sanskrit is a dead language, whereas Tamil mantrams are understandable and explicable even to plebian making the marriage ritual meaningful.

There are many rituals in Sanskrit-marriage which are insipid, irrational, immoral, obscene and objectionable such as Kasi-yathrai, Namakaranam , Jathakarma, Annaprasanam, Suda-karma and mathubargam etc whereas in Tamil rituals there are no smacks of them.

In Sanskrit-marriage there is a mantra which says that the bride has been a spouse to three others before one after another viz. somadevan, Kantharvan and Agnidevan and she is at last spouse to the bride-groom who is the fourth in line. Definite it is, gnawing one’s innards, especially to bride. Such obscene and objectionable ritual will not find place in Tamil marriage.

In Sanskrit marriage, in accordance with ‘Ekagni Kandam’ as extracted from Rig Vedha, there is no such ritual of tying of Thali round the neck of the bride at all. The exegetes of this Sanskrit work themselves confirm that this is not a custom prevailing in Aryan race and it has been interpolated in much latter period as copied from Dravidians. They say therefore what is now passing for such mantram as ‘Mangalyam thanthu nanena’ and so on and so forth is framed later by someone unknown.

Whereas among Tamils tying of Thali is the most significant, without which the marriage is meaningless and incomplete. In early prehistoric period lads used to cheat lasses after abusing them, the latter not able to vindicate the contact for short of evidence. To obviate such immoral trafficking, to ensure that the women are vindicated safely and to ensure thereby a social order, Tamils in those olden days devised a ruse, as per Tholkappiyam, which resulted in the ritual of tying of thali. The groom, by this ritual, is underwritten to hold out a promise to the bride in writing on a palm-leaf to hold fast the marital relationship inseparably to the end of his life, the palm-leaf being scrolled and shoved into a small capsule of metal which, strung to a cord is called ‘thali’. Hence, it is the deed of promise held out by the groom that is hanging around the neck of the bride.

The palm-leaf in Tamil is called ‘Thalam’; that which is made of Thalam is therefore called Thali. On similar line, that which ensures safety of any kind resembling thali is named after it in Sumerian-akkadian languages which taken later via Latin into English as ‘Talisman’.

This concept of thali, not understood by Aryans while absorbing into their rituals, they have two thalis tied, one called vettathu thali and another pukkathu thali. The significance of two thalis will make things absurd and obscene.

The core of the Sanskrit-marriage ceremony is ‘sapthapathy’. The bride groom, by this ritual, make the bride walk seven steps. For each steps separate mantrams are enchanted, one of which says as follows:

“We are just friends. I (groom) will not breach our friendship; nor must you (bride) breach and desert me.”

This mantram, as such, obviously envisages that the bride may at sometime in future desert the groom and breach him and indulge in promiscuity. Such suspicion even as they stand in the stage of marriage is totally insulting to the integrity of the bride. This would be detrimental to the smooth run of the marital relationship. None-the-less, the marital relationship is something more than friendship. Couples are obviously different from friends. Hence this Sanskrit-ritual is utterly irrational.

Whereas a Tamil women would keep chastity to her bosom as more than her life-juice as per the old grammar work known as Tholkappiyam.

The Sanskrit-marriage ends with what is called mathubargam which means banquet in hospitality. The ‘Ekagni kandam’ stipulates that the guests shall be honored with meat of calves specially killed for the occasion. There are mantrams to the effect. Finding it obsolete, later, instead of heads of calves, coconuts are rolled and toyed between the couple, however the chanting of mantrams for cutting calves remaining the same. This ritual of butchery is not even thought-of in Tamil Thirumurai Thirumanam.

There are hump teen more other features that scintillate with flying colors with Tamil Thirumurai Thirumanam. For details, those interested are requested to go through the following books. 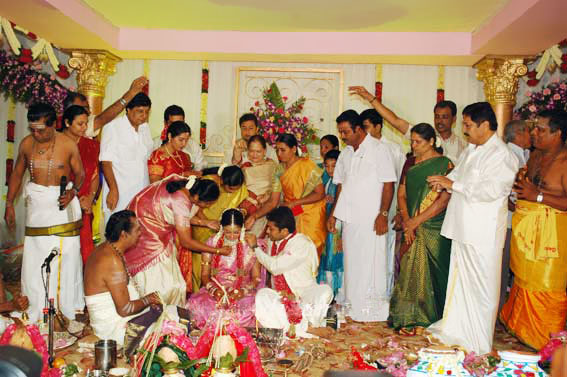 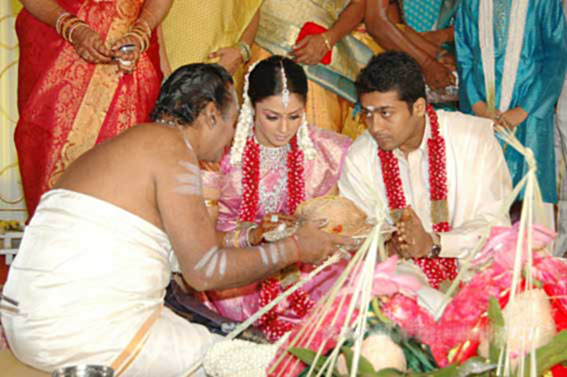 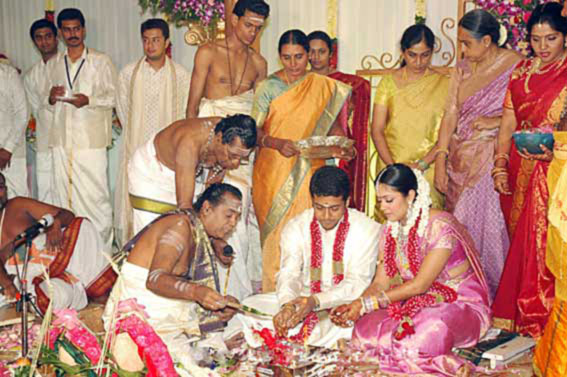 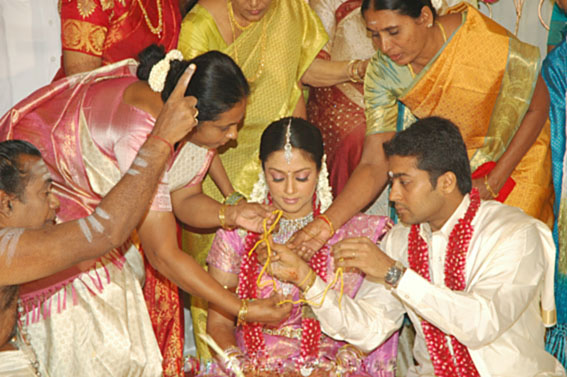 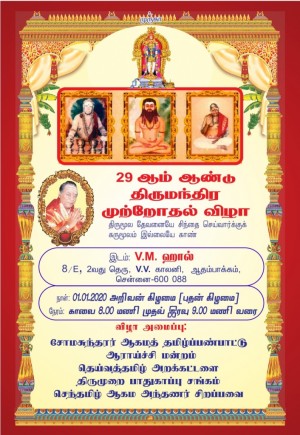